First off, pardon the extended radio silence on this blog.  But honestly, I haven’t felt like there was much going on that would interest anyone. So rather than blab on about nothing, I chose to keep things on the down-low for a bit. 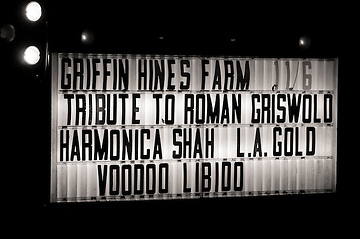 A couple weeks back, I found out about a blues show / tribute / birthday party happening at an area club called Griffin’s Hines Farm. While I had never been to the venue, I had heard quite a bit about it over the years – how it was THE PLACE for blues in the region. It was also home to performances and visits by such blues legends as Bobby Blue Bland, John Lee Hooker and B.B. King. (For more info on Hines Farm, check out the recent article in the Toledo City Paper.) 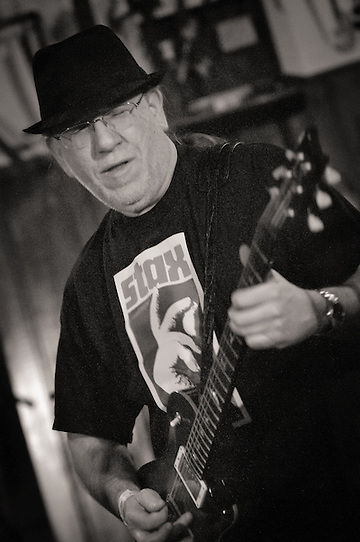 In the process of researching the November 6th show, I discovered a musical friend of mine, Larry Gold, would also be playing one of the sets that night. So with that extra incentive, I made a firm decision to check out Hines Farm. Like any photographer worth his salt, I decided to bring along some camera gear to practice my craft with my favorite subject matter – live music. 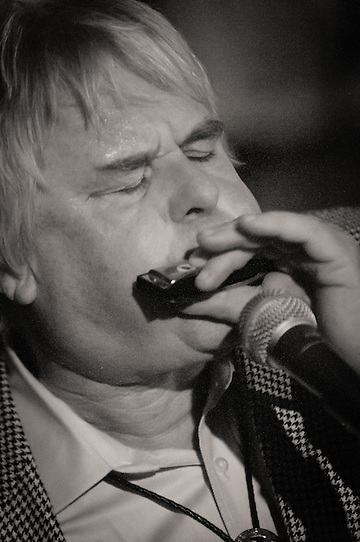 Once things got rolling with the music that night, and I started shooting, many of the details became a blur for me. I often get so “focused” on what I’m doing that I develop a sort of sensory tunnel vision, where time and space tend to evaporate. I’ve shot hour-long sets of performers and, afterwards, couldn’t tell you the names of more than a couple songs they played. What I do know is, several groups played while I was there, and I didn’t catch any of the names – I was just immersed in the visuals. (check the marquee photo for the line-up)

If you ever get a chance to catch some live music at Hines Farm Blues Club, don’t waste the opportunity.  Even if you’re not a huge fan of the blues, you’ll dig the no-frills, down-home, roadhouse feel of the joint. And although I didn’t sample any that night, I’ve heard they have outstanding BBQ there as well. 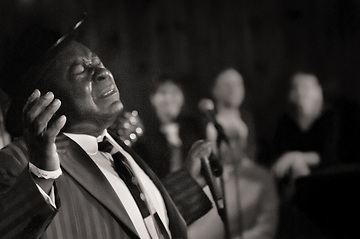 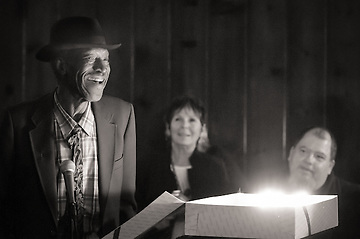 I’ve included a few shots from that evening in this blog post, but you can see the full gallery at my website.  I hope you enjoy them.